A portable fire extinguisher in the home can save lives and property by putting out a small fire or containing it until the fire department arrives. Fire can spread rapidly, however, so the first thing to do is get all occupants to safety and call for help.

Often, the first reaction to seeing a fire in a home is to try and put it out. If a fire extinguisher is available, it may be used, but only in the following conditions:

After assessing the situation, it seems safe to use an extinguisher. 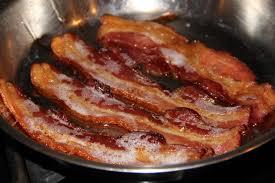 Everyone has seen images of water being thrown on a fire, only to have the fire spread faster. It seems counter-intuitive, but some agents, such as water, may actually accelerate rather than put out a fire. This is a common occurrence with grease fires, because water splashes the ignited grease and spreads it around the room.

In general, there are five different types of extinguishing agents. Most fire extinguishers display symbols to show the kind of fire on which they are to be used. Class A extinguishers are used to fight fires involving burning paper, wood, and textiles.

Class B extinguishers are used on fires involving oil, gasoline, kerosene, or paint.

Fire extinguishers with a Class C rating are suitable for fires in “live” electrical equipment. Extinguishers intended to handle this type of fire cannot use chemicals that are conductive.

Class D fires involve combustible metals, such as magnesium, titanium, and sodium and are extinguished with a Class D unit. These fires occur primarily in chemical laboratories and are rare in most locations.

Class K fires involve vegetable oils, animal oils, or fats in cooking appliances and require a Class K extinguisher. They are normally found in locations employing deep-fryers or griddles to prepare large quantities of food, such as restaurants or cafeterias. 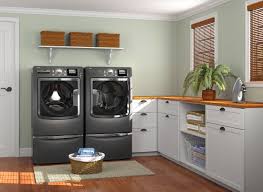 The label on the extinguisher provides the best explanation of what it can do. Fire extinguishers assigned to multiple letters, such as ABC, indicates that they can be used against fires of types A, B or C. For a home, the National Fire Protection Agency (NFPA) recommends selecting a multi-purpose extinguisher that can be used on all types of home fires.

The NFPA also recommends that home extinguishers be tested every twelve years, depending on the model of extinguisher. The standard method of testing, “hydrostatic,” is conducted underwater where the cylinders are subjected to pressures that exceed their ratings. Vessels that fail the test are destroyed, while the rest are reassembled and placed back into service.

Unfortunately, an expiration date cannot be fully trusted. Without testing, there is no guarantee that an older extinguisher is functional. Given the destructive potential of a fire and the relatively low cost for a new extinguisher, it is advisable to replace old extinguishers, or at least have them tested. Inexpensive models are considered disposable.

How Can We Guarantee a Home Inspection in Louisville? It’s easy. We find more defects than our competition. The end result is that you save more money. Most contracts allow negotiations with the seller to make repairs or give you credit at closing. So the more defects we find, the more money you save. We don’t rush. This allows us time to do a thorough inspection of your new home. So at Vision Home Inspections, we offer a simple, no weasel words guarantee. Attend your Louisville home inspection, and if for any reason you’re not satisfied with the “Quality” of the home inspection service, tell the inspector before receiving your report and we’ll either make it right, or you don’t pay the home inspection fee!